They call him vicious holy bastard,
Who’s prayed to suffer from his deeds.
No tongue envenomed blights its poison -
His sacred vengeance leaves it bleed. 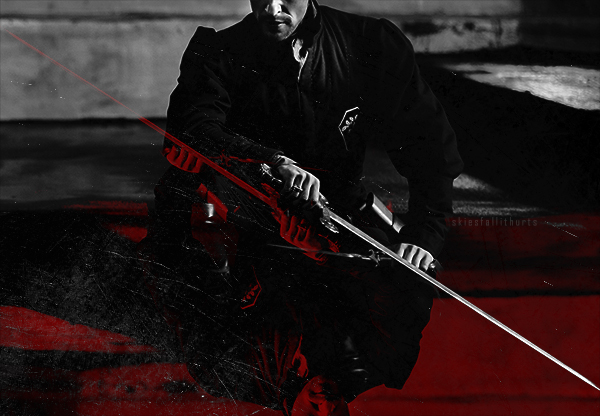 His sword-play mentor was always irritated when Girolamo broke the pattern of his sword strokes. He used to nettle him, roiling Girolamo inexpressibly, provoking the boy to slip again and again. It was as if he woke Girolamo out of his contentment, forcing tears from Girolamo’s eyes.

Now, when Riario casts about those lessons, they don’t exasperate him anymore. Moreover, he’s grateful for those lessons, which instilled the itch for the constant perfection into him. They helped him to round off his past life of a weak and abandoned boy, turning him into a vicious, villainous cold-blooded man, who has become now the most powerful man of Rome.

Malicious tongues call him the infamous ruthless bastard behind his back. Indeed, he is a bastard, and the architect of his pedigree is the Holy Father himself.

However, Girolamo has never appreciated any possible ties of blood or friendship as people usually tend to. A sense of loss and sorrow – that is what those ties give to a man. He considered relationships as a sort of irritant, exposing you to others. They make you vulnerable. There’s no turning back: he has decided that long ago. No respite & no hesitation, only moving forward.

And today, all the people of Florence who’ve sunk into a life of vice, who are corrupted, and refused to hear the God’s voice will face the Lord’s punishment.
Riario will become the hand of God. He will break the vicious circle of iniquitous ɪ ˈnɪk wɪt əs decisions and degenerated minds.

‘God’s vengeance is upon you!’ – These are the last words all the lost souls will hear, watching the knife stabbing their heart.

Girolamo Riario - A godtouched or a godkiller?

He is not in mood to bend under failure or defeat. Instead to curse himself, Count Riario will use every opportunity and every means at his disposal in order just to best others in their attempts to outsmart him.

He is very perceptive in assessing the level of measures he is going to use for reaching his goals. It must be said that the methods he uses to get the desirable are various – prying into affairs, blackmailing and even assassinating the ones who are not willing to surrender. Captain General is known to be hard on people especially those who tend to violate or misinterpret the orders.

If he has you on his mind that probably means you are the threat which will be eliminated.

Count Riario will surely resist your entreaties to spare you from punishment. No matter you try, you can’t fool him by lying about your allegiance toward the ideals of the Holy Roman Church. Hate, fear or love him – it doesn’t matter; but give him proper credit – being an illegitimate son of Pope Sixtus he has become the most powerful man of Rome.

Girolamo prides himself on being a Church’s Divine Sword, ready to purge the earth from heretics. However, he never blows his own horn. And really, he doesn’t need to, even in the way of proving something to others.

But in a matter of days, Girolamo Riario will encounter his rival – Leonardo da Vinci; and the most ingenious battle of two genius minds will begin. 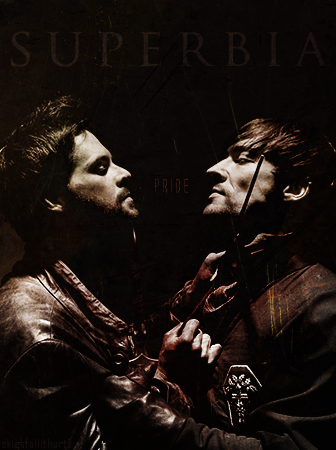 But da Vinci, having nothing but a half-ruined map, could find out the way to the ruins of the ancient legendary city where the Book awaits. This failure of Riario ruffles his feathers and makes him seeking the ways how to handle the situation. When Riario fails at something like this, it brings very unpleasant memories to life which he’d rather forgotten. The good night’s sleep may be the best way to get at a thorny problem, but not in Riario’s case.

He will use every spare minute, every adviser at his disposal but eventually Riario will have da Vinci left behind and possess the Book of Leaves.

Even a vacant mind of Pope Sixtus the Fourth, who desires Florence to be under his rule and underestimates the value of the Book, won’t prevent Riario from reaching his goal.
Riario is familiar with da Vinci’s manner of thinking. One way or another da Vinci will make a false step. And this will do a great service to Riario.

Because the battle is coming and the scene of it is already set. A great chase for the Book of Leaves has begun and will leave every mind and soul in ruins.